EVIL Season 2 Episode 2 Review: A Is for Angel

Through David’s training for the priesthood and a possession by archangel Michael, “A Is for Angel” considers atonement and punishment for sins.

If we can’t get into some philosophical discussions with the new season, then we’re probably doing it wrong.

Faith and religion, although seemingly waning in recent years, are always interesting to investigate. The whys and hows of what people believe are endlessly fascinating.

We’ve already broached the subject of David’s self-flagellation to communicate with God. Why is pain the avenue to do it?

David hasn’t considered that maybe he’s communicating with the wrong guy, but when he meets Sister Andrea, she sets him on a different course to achieve his goal.

She thought he might want to try praying like the rest of the world, but she also knew what he was trying to do. A metronome conveys the same effect on focus as David’s less elegant approach, and it worked. 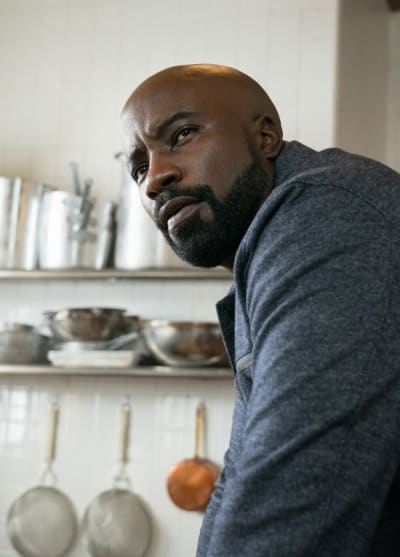 Nonetheless, he still had a hard time pulling her into his investigation — until she met Leland. He was enough to make her skin crawl, so as the season progresses, she’ll lend a hand.

David’s unwillingness to submit to expectations of the confessional hit home. As a lapsed Catholic, I’ve never understood confession. It’s too easy to wipe away your sins.

My shtick as a kid was to leave out all of my sins in the confessional and end every confession with “and I lied” as a way to wipe away everything without having to admit any of it. Ahhh. I still think it should work.

If murder can be cleared with a couple of Hail Marys and an Act of Contrition, anything I’d ever do paled in comparison. 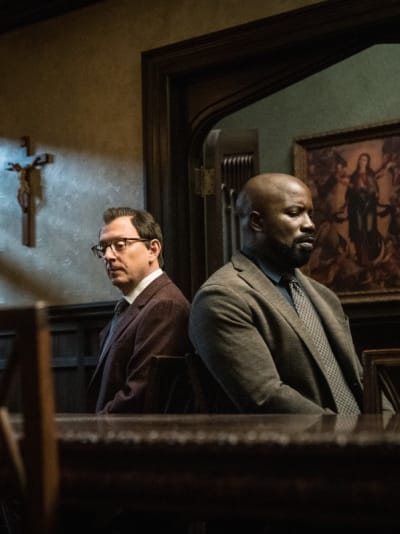 It’s aggravating to think that a priest is just supposed to listen and impart penance even if someone in the confessional asks for their advice.

So many times, you’re told to seek the counsel of a therapist or clergy. But if you seek help under the guise of the dark confessional, they’re not supposed to help.

That doesn’t send a good message. Your soul shouldn’t be protected without truly atoning, and the slate-wiping of the confessional doesn’t allow for any understanding of why what you did was wrong.

Some people truly do not understand why what they did shouldn’t be done again, so any opportunity that arises to discuss it should be allowed.

Michael’s possession of Raymond was the other half of the confessional coin.

Michael was driving Raymond to uproot his life to live free of worldly trappings. Bishop Marx said that Jesus didn’t mean for poor people to do that, and Kristen called him out on that assessment.

Christianity has always told people to give their earnings to God, whether by donation or otherwise. And since the meek shall inherit the earth, that was a good way to ensure that the poor of the world were taking care of in the next plane.

There isn’t any guidance on living comfortably and happily on earth because earth isn’t the goal in Christianity. 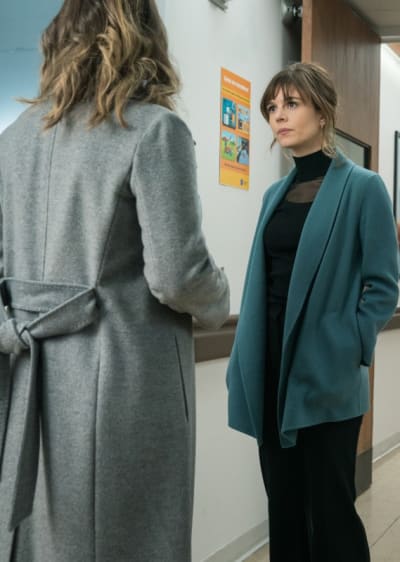 So Kristen was right on the mark when she unfolded her laundry list of problematic angels. They don’t show up eager to help, but more often than not to punish.

Michael’s mission for Raymond was to teach an abusive man what rewards he would face in the afterlife if he continued on his merry way. He was obviously a man who failed to live up to his confessional obligations.

Michael didn’t want to kill him outright, but by roasting him alive for a good minute or so, he got a taste of an eternity in the same situation. And, frankly, if that doesn’t set the man straight, then he deserves eternal damnation.

And if it seems too easy to punish someone like an abuser, we have to question why Ashley was turned to a pillar of salt just for refusing to trust in the Lord. So an abuser gets burned, she’s wiped off the map?

There is something very wrong with that picture. Isn’t it easy to see why I’ve lapsed?

Kristen was feeling the stress of her actions. Like so many, she plays it cool with her belief in God, but getting a taste of God’s wrath has her on edge. Is her salvation in jeopardy because of what she did to LeRoux?

They only barely brushed the surface of a just war and confrontation of evil, certainly not enough to lay Kristen’s mind to rest on her actions.

Just how compromised is Kristen, anyway?

Ben: I heard you and your cop friend talkin’. Are you in trouble?
Kristen: My middle name is trouble.

Ben still sees it, and when he asked, she sloughed it off.

Did she react like that because she’s got a little demon in her? I’m not saying she’s possessed, but perhaps she’s being guided by the wrong side of the war.

Leland suggested that she was an easy target. And when he spat out his relationship with Sheryl, he said it was mission accomplished with Kristen.

He needed her to hate him so that evil could creep into her soul, and it appears to have worked. That’s a scary thought. 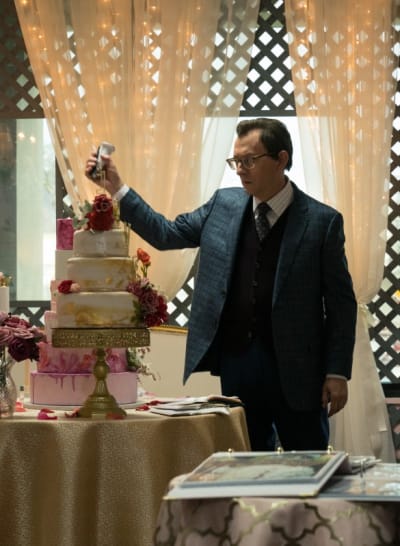 But so much about Leland has to be taken with a grain of salt. Yes, Kristen is off, but if Ben can see it, so can Leland. He might just be blowing smoke.

He seemed to meltdown when the exorcism was pushed down the road. He must need David’s soul to be compromised during the exorcism to gain access.

Or, to THINK he can gain access, anyway. But if Raymond could be possessed, then why not Leland?

Still, when Leland thought that Sheryl had outed his hidey-hole to David, Kristen, and Ben, he was eager to shut her up. What else does she know that we haven’t discovered?

Sheryl’s another enigma. Why she was interested in Leland at all remains a mystery, and I do not think she was serious when she said he wasn’t the first demon she dated.

People can be demonic without being demons, but what’s fun about Evil is that we, more often than not, have no idea if what is said can be taken literally.

All good discussions circle around gray areas, and all good shows lean toward gray instead of black and white, good and evil. It’s too easy to tell someone what to think. The real magic begins when you inspire someone to think. That’s what Evil does.

With everything that’s happening, Evil has just uncovered a lasting arc as Michael talked about bowls of light. The second bowl is coming, and that represents God’s penance – a weapon of devastation more powerful than 10,000 atomic bombs.

Only then will the rebirth begin, and that frightens David to the core.

As a priest, he’s not supposed to question God. It seems less likely that he’ll get that collar.

Instead, he might be better served to question the status quo, trying to root out ten righteous people to save the world, one exorcism at a time.

Carissa Pavlica is the managing editor and a staff writer and critic for TV Fanatic. She’s a member of the Critic’s Choice Association, enjoys mentoring writers, conversing with cats, and passionately discussing the nuances of television and film with anyone who will listen. Follow her on Twitter and email her here at TV Fanatic.