Legacies Season 3 Episode 11 Review: You Can’t Run From Who You Are

This is not our Landon.

Legacies Season 3 Episode 11 confirmed the fan theory that the Landon that returned from the prison world is not the Landon we lost.

As far as revelations go, “You Can’t Run From Who You Are” handled this one very well, allowing Wade to pick up on the differences between the two versions of the character, but now that we have confirmation, it’s hard not to imagine who this is.

I have a few theories, including this Landon being Malivore, but I think Malivore hanging around the school and taking over his son’s body would be a stretch too far, even for Legacies.

What would he even hope to achieve here? If he’s after the artifact, he would have gone after it before now, so my best guess is that it’s either the Necromancer or Clarke.

Then again, faux Landon did manage to pull off the Necromancer’s voice with ease, and that whole scene felt a bit bizarre when you consider how high the stakes were in that scene. 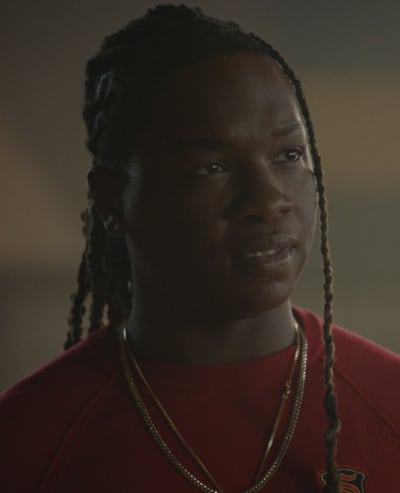 God forbid the series actually allow the Necromancer to be downed for good, but hey, at least we may be finally saying goodbye to the prison worlds.

My sister has terrible taste in women as it is, but there’s no way that I’m letting her near a cold-blooded killer!

Now that Hope knows the truth, she’s going to go on a deadly mission to find out the truth about her lover before it’s too late.

There may also be some adverse side effects for Hope after her brush with death. I appreciate how the writers did their research and brought in a monster that could actually harm people while on the Astral Plane. 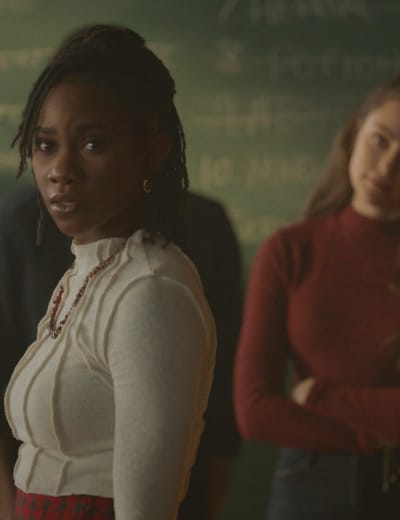 I had to research after watching the episode, but having these monsters will be another reason for the characters not to use the Astral Plane as often because, let’s face it, it’s another borrowed element from The Vampire Diaries that’s been used too much.

With Hope being harmed, it seemed evident something terrible would happen to her, and I couldn’t shake the feeling she would die after being stabbed and kickstart the process of becoming a fully charged tribrid.

We’re closing in on the end of Legacies Season 3, so hopefully, we do get to the point in which Hope’s powers as a witch, werewolf, and vampire make her a force to be reckoned with.

Alaric’s quest for answers with Cleo and Kaleb was another strong point. Legacies has been repeating storylines, essentially, with new villains popping up almost every episode, but we’re finally getting some movement in the storylines that matter.

The failsafe system inside Triad Industries was a frustrating way to get rid of the evidence, but at least Alaric has a new clue to chew on as he ponders his next move.

The flashbacks have got to mean something, and I want this artifact to have some real power to help the good guys get a win against all of the monsters.

We both know you can never have a real relationship if you’re suppressing an essential part of yourself.

Is anyone else ecstatic that Josie is done living that muggle life? Who knew Dark Josie would be a crucial element in allowing Josette to harness her abilities?

There’s a fine line between good and evil, and there’s no way Josie will be able to remain good for the rest of the series, but ditching her powers is something she would come to regret in the end. 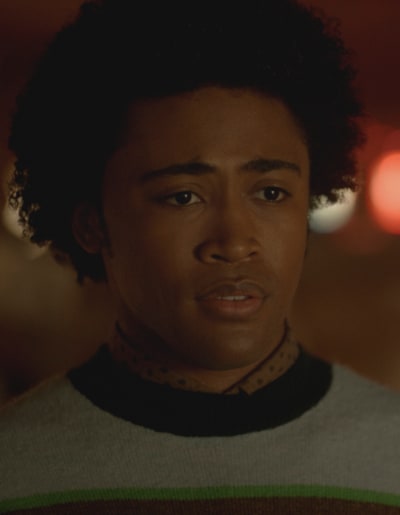 If she wasn’t at the school as all of the action with the new monster played out, things could have ended on a sour note for everyone involved.

Lizzie’s meddling in Josie’s life is starting to bug me. I know she’s the protective sister, but what gave her the right to get MG to delve deep into Finch’s mind to check if she was a mass murderer?

Lizzie should have taken Finch at face value and recognized she was hurting because of whatever happened in her past.

Finch deserved to have an option in the scenario because it’s not like she was roaming around Mystic Falls, killing people. She was going out of her way to ensure she was unable to harm herself and others.

The only positive from this is that we got to see why Finch is the person she is today. Losing her father was tough, but essentially killing him to activate her werewolf curse is going to stay with her for the rest of her life.

Hopefully, she and Josie can reunite, and they can help each other through what can only be described as a harrowing time for them both.

The last time I was vulnerable with someone, I ended up dead.

Josie and Finch have been searching for meaning for a while now, and they have much more in common than they think.

We need to talk about Ethan, you guys. I’ve loved the bromance between him and MG, but the kid is now trying to solve crimes without having any powers.

He didn’t even contact MG when the call came in about the brawl. He hopped to it and was half-dead by the end of the episode. MG has opened a can of worms by not telling Alaric about him, and I suspect this will culminate in a significant death in the coming episodes.

What are your thoughts on that Landon reveal?

Do you think Hope will die in the coming episodes to allow her transition to a vampire to begin?

What do you think will happen with Finch?

Legacies continues Thursdays at 9/8c on The CW.