She’s a crafty one; I’ll give her that.

And while Quinn continues to be the bane of our existence on Younger Season 7 Episode 6, she is a formidable adversary. 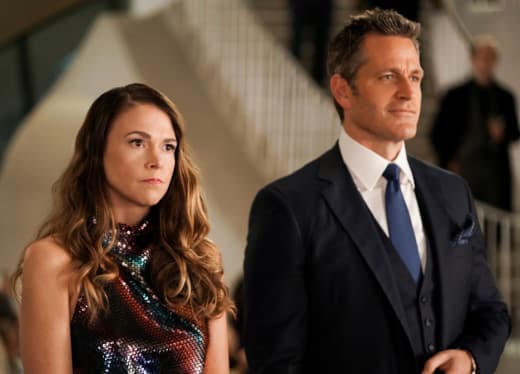 Besides being so darn unlikeable and a constant thorn in Liza’s side, part of the problem with Quinn’s continued prominence on the show comes at the cost of other more important things, things we want to see during the show’s final season.

We should revel in every new episode, of which there are only six (!!) left, not be counting down the days until the show finally says its final goodbye.

Quinn, of course, is a significant part of this, as her character is as irksome as ever.

Her setting up Liza only proves how little she’s changed, and even if she’s not yet ready to announce her bid for governor, that’s where this whole insta-family with Charles and his daughters is headed.

Their relationship continues to be perplexing, and it’s beyond confusing why Charles has started something with someone like Quinn.

It’s entirely out of character for Charles, and this confounding relationship is just a sloppy and unrealistic obstacle that Liza and Charles have to weather before inevitably ending up together at the 11th hour.

Liza: Congratulations on your big night. I’ve got somewhere to be.
Quinn: Is that all you want to say?
Liza: Excuse me?
Quinn: The next time you investigate me, you might want to double check your sources.
Liza: I was doing my due diligence as an editor when I fact-checked your book. It’s my job.
Quinn: Is it also your job to spread rumors about me to my own boyfriend?
Liza: It wasn’t a rumor. I spoke with your former campaign manager.
Quinn: Former? No, she still works for me, and you better believe when I announce my run for governor, it’s not going to be a two-bit book party like this.
Liza: You set me up.
Quinn: You set yourself up. You act like you’re trying to protect Charles. All you are doing is hurting him by holding on.

And along with my apparent dislike of Quinn, she continues to be front and center for most of the episodes of Younger Season 7 so far, while other fan-favorite characters like Maggie and Josh are shunted to the background or have disappeared like Diana.

This makes it even harder to accept the meaningless fodder when we all know where this storyline will end.

Have I mentioned how little sense this makes?

However, with my brief rant about Quinn out of the way, we can now focus on the rest of the installment, which was a refreshing return to the show’s earlier seasons.

Liza and Kelsey’s venture with Inkubator, while somewhat repetitive, is a breath of fresh air.

Everything coming out of Empirical as of late has been so uninspired.

It feels more like the company is chugging along, more interested in profits than creativity and inspiration.

Yes, I understand that companies need to make money to stay in business, but profitability doesn’t have to come at the cost of publishing inspired works.

Chicago may expect Empirical to stick to a tried and true formula, but doesn’t sticking to that formula give Empirical some leeway to publish books that excite them?

Charles: She sounds like a great choice for another publisher. Right now we are focused on blockbusters. It’s not the time for literary fiction.
Kelsey: Seriously, you’re not even gonna read the book?
Charles: The board will be reluctant to disrupt a proven formula. Chicago wants bestsellers. James Pattersons charts higher than literary debuts. It’s business, and I’m sorry. It sounds like you’ve already taken a personal interest in her.
Liza: No, you’re right. This isn’t the right fit for Empirical. If Millennial was still the flagship, we probably wouldn’t even be asking for approval. Millennial loved nothing more than young, green authors, but this is Empirical, isn’t it?
Charles: It is.
Liza: Right. We humbly withdraw our proposal. Apologies for wasting your time.

Surely, the sales from “Arabian Sun” could position the company to take a chance on a project they’re excited about, say, a manuscript from an unpublished author named Dylan Park?

Maybe it’s naive to think this is how the world should work, but given that Younger is a television show, there’s nothing wrong with a bit of idealism. 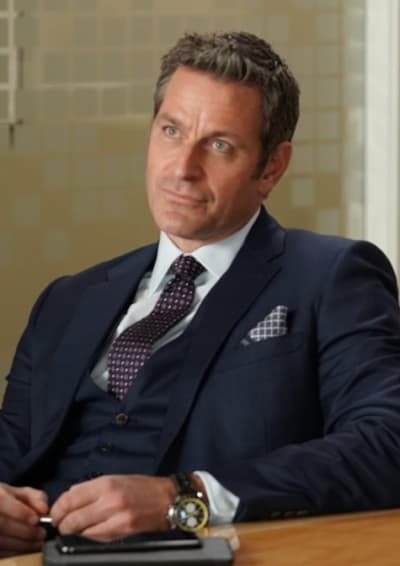 So with all that said, it’s great to see Liza and Kelsey getting back to basics and doing something that reminds them of why they got into publishing in the first place.

The only drawback is that this deceit could jeopardize their positions at the company.

Charles made it clear he was against this venture, so Liza and Kelsey continuing with Inkubator behind their boss’s back doesn’t bode well for them.

He will inevitably find out what the duo are up to and won’t be too pleased because while he didn’t tell them to shut down Inkubator in any explicit terms, that were his intention when he passed on Dylan’s book.

Liza and Kelsey, though, are onto something with Inkubator, even if it doesn’t amount to much.

It’s an outlet that gives them artistic freedom and lets them stretch their creative juices in a way that hasn’t been happening at Empirical recently.

Kelsey: Hey, what was that? You totally flipped the script on me. We could have convinced him.
Liza: I know. I’m sorry, but that wasn’t me giving up. Dylan is our author. She deserves better.
Kelsey: Our author? Inkcubator can’t offer her a book deal.
Liza: I know, but talking about how it’s this incredible wellspring for us, something that we built on our own, felt so familiar.
Kelsey: It felt like Millennial.
Liza: I don’t have a plan yet, but I’ll work on it. We will, right?
Kelsey: You know you’re kinda my hero.

Everyone needs something like this in their life, and this is Liza and Kelsey’s.

Let’s hope their creative salvation doesn’t lead to their downfall.

Lastly, Josh and Maggie dealt with their respective romantic woes.

For one, Josh and KT broke up, which is neither thrilling nor devastating.

KT was only around for a few episodes, and her relationship with Josh never seemed that deep or serious.

She was just a filler girlfriend, someone to stick Josh with for the time being.

What I did like about her was how she handled the bombshell that Josh had a daughter.

She was upfront about not being ready to play stepmother to an infant, which is a reasonable and mature reaction.

Weirdly, this may have been Josh’s healthiest relationship, which is saying something.

KT: She’s great, Josh. You’re great.
Josh: But…
KT: But I’m not ready for the whole insta family thing. It’s just more than I can handle right now.
Josh: I’m sorry. I wish I would have said something sooner, but I don’t know. I was having so much fun with you.
KT: And I always had so much fun with you.

His past track record with Liza and Clare wasn’t the most stable or adult, so maybe now Josh can settle down with someone nice and begin a mature relationship after getting a taste for what it can be like.

Also, he’s got to remember that honesty is usually the best policy and be upfront about having a daughter.

Gemma is a big part of Josh’s life, so any woman he’s serious about will need to accept that. 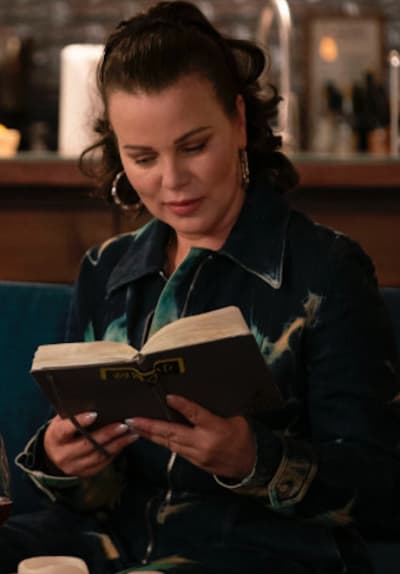 Maggie, on the other hand, didn’t handle her messy relationship drama with that much maturity.

In this instance, honesty would not have been the best policy, but it also wasn’t a great idea for you and your fake girlfriend to have dinner with your new boss and her wife that you screwed.

The best way to handle that situation would have been to politely decline the invitation.

Yes, Maggie tried that, but she could have put up more of an effort to get out of going over to Cass and Camila’s for dinner.

There were a million other plausible excuses Maggie could have used instead of caving and enduring one heck of an awkward dinner.

The silver lining from all of this is Maggie isn’t stupid enough to carry on an affair with Camila.

She instantly knew she made a mistake after learning Camila was Cass’s wife, but that’s hardly going to matter when Cass finds out, which we know she will.

It’s probably illegal for Cass to fire Maggie over such a transgression, but that doesn’t mean Cass can’t find a way to make things uncomfortable for Maggie, so uncomfortable that the new artist-in-residence resigns.

So long to Maggie’s teaching career. We hardly knew you.

So what did you think, Younger Fanatics?

Why is Quinn still around?

Will Inkubator be Liza and Kelsey’s undoing?

Why can’t anyone be happy romantically on this show?

Don’t forget to hit the comments below to let me know your thoughts. If you missed the latest episode, remember you can watch Younger online at TV Fanatic.