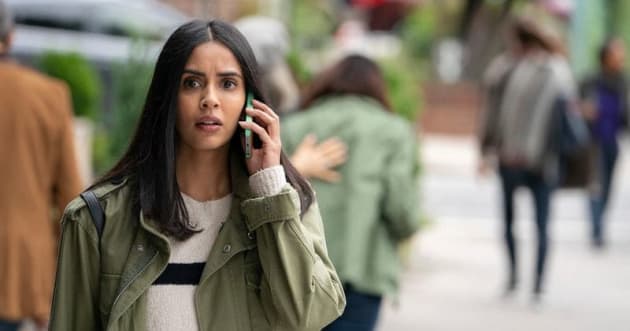 Manifest fans have waited almost a year to learn more about what happened to Flight 828 and the passengers.

And we’re getting closer than ever!

Ahead of the Manifest Season 3 premiere, TV Fanatic spoke to Parveen Kaur, who plays Saanvi Bahl, an 828 passenger and medical researcher.

With a season that promises more answers than questions, Parveen confirms that a major answer does come to the surface that she describes as both “emotional” and “meaningful.” 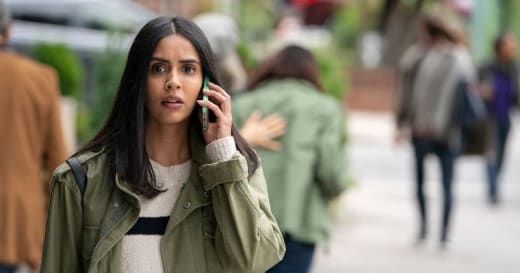 Unfortunately, we’ll have to wait to see how the season plays out to know exactly what she’s referring to.

Check out our full Q+A with Parveen below:

At the end of Manifest Season 2, Saanvi killed The Major. How does that affect her moving forward?

Well, she obviously carries the weight of that going into Season 3. The season picks up about three months later, so it’s still relatively very fresh, and she’s carrying a lot of that paranoia. 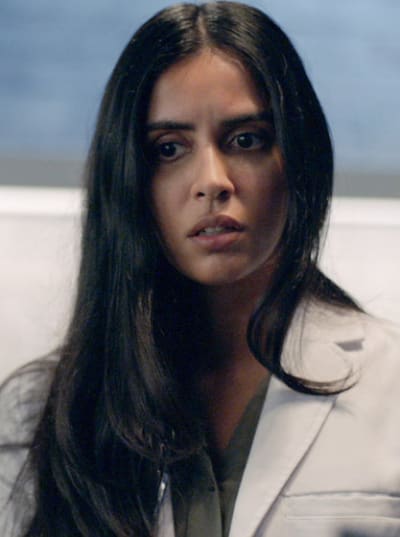 She’s kind of constantly looking over her shoulder, waiting for someone to show up and say, “Hey, we know what you did. Your life is over, and you’re gonna go to prison.”

She’s carrying a lot of fear… and more importantly, a lot of guilt because that’s not who she is, you know.

And it’s someone she thought that she would never become, and I think, obviously, it was an accident, of course, but she’s done something very out of character, so she’s dealing with a lot of stuff going into Season 3 even outside of the plane.

When the season kicks off, has she told anyone else about what happened, or is Vance the only one that knows?

Vance is the only one that knows. 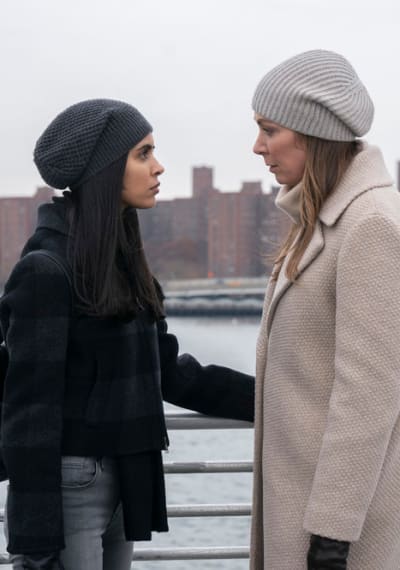 So she can’t talk to anyone about it!

She has no one! So, she’s almost like a walking volcano that’s just waiting to erupt. I mean, to keep something like that inside would be very, very challenging, which we see; We see her go through that arc in the season.

In the Season 3 trailer, we see Jared holding a photo of The Major… what can you tell us about that, if anything!

There seems to be a little overlap with Jared and Saanvi… I don’t know how much more I can go in, but there is certainly overlap with those two characters in some capacity. 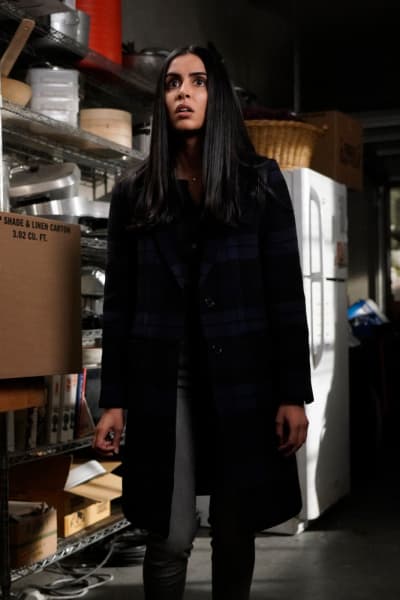 And we haven’t seen them work together that much… so that’s exciting!

Yeah, I mean, it’s really great cause I never get to work with J.R. as Saanvi and Jared. We’ve had maybe one scene together, so yeah, I’m excited for people to see that.

It feels like a crossover from different shows with how little we’ve worked together. I’m always in the hospital; he’s always in the precinct, so we are going to see those characters’ paths cross.

Saanvi also eliminated the Callings. How does that change things for her? 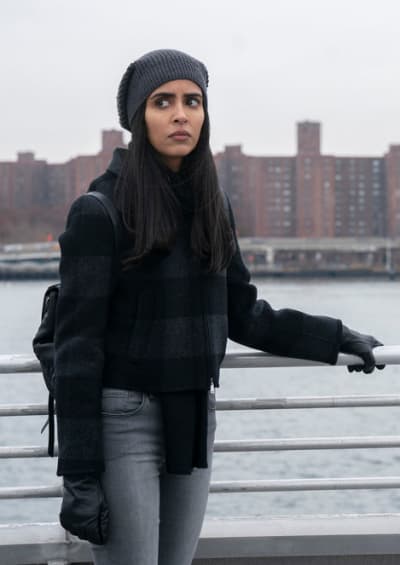 She and Vance start working together, so it doesn’t change anything in terms of how she’s working and to what capacity.

It doesn’t really affect her until later on in the season, but I don’t want to say how because I can’t give that away, but in terms of how she’s trying to solve it, it doesn’t affect her.

She has a lot of skills, and then, later on, we realize that there are consequences to her not getting the Callings. That happens later in the season.

There’s also the tailfin… what can audiences expect there?! 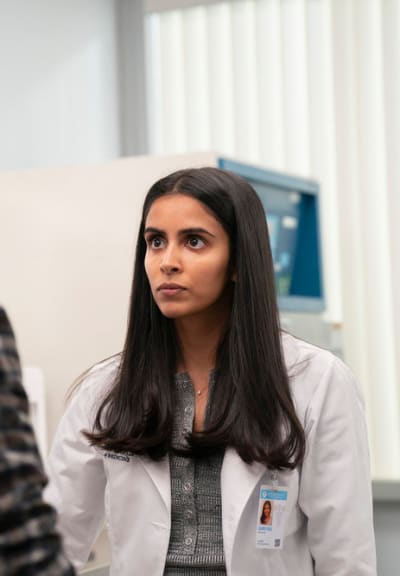 Oh gosh, obviously, we’re going to get closer to an answer, but that doesn’t really help much. Cal’s drawings are definitely going to be a road map in terms of it being related to the tail fin and what we do with it! That’s going to be a big thing.

It’s all connected… and you don’t want to say without revealing too much!

You know what’s crazy? I’m filming the final episode right now, and the production that’s going into it and some of the sets that we’re working on that are related to the tail fin and what Ben and Saanvi get into in relation to the tail fin… it’s really shocking!

And because I’m filming it right now, it’s at the forefront of my mind, and I can’t say anything!

I’m excited to see that, and I’m sure audiences are, as well, because we all want answers! 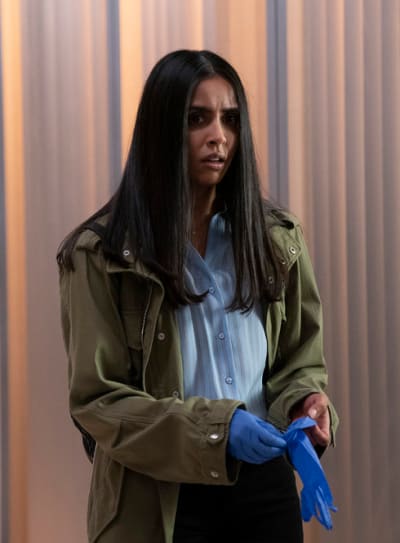 Will we see more of Saanvi’s personal life this season?

We’re not going to see too much of Saanvi’s personal life, but we are going to see how she deals with killing the Major and trauma, and how that affects her relationship with Ben, Vance, and Stone family in terms of keeping it from them.

And also how she and Vance come together and start working together. A lot of this season is tied to how Saanvi is dealing with the trauma, but we’re not really going to go into personal stuff this season.

What are you most excited about for Saanvi this season? 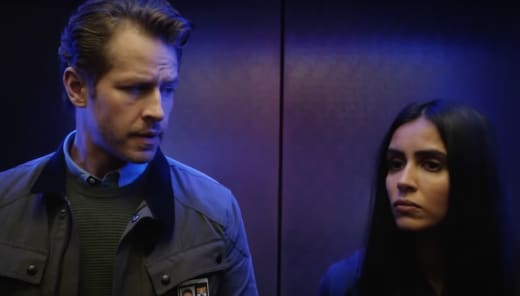 I feel Saanvi had the biggest character arc in the series so far in terms of where she starts and where she’s ended up.

I think she’s definitely had all four cylinders fired up, and it’s a continuation of that — of Saanvi continuing to change as a person and evolve as a person.

I think that’s what I’m most excited for people to see, like seeing Saanvi question who she is now in Season 3 is really fun. 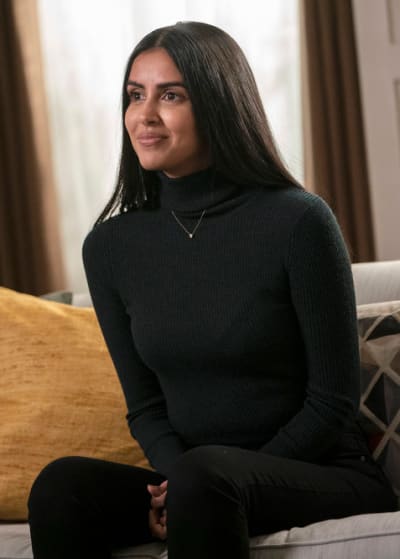 Has the team clued you in on what happened to Flight 828, or are you trying to figure it out along with the audience?

I have no idea what the heck is going to happen. I have no clue! And I like the technique of doing it one scene at a time because if I find out everything, it’s so overwhelming.

It’s such a big grand story. I think if I knew, it would overwhelm me. I like knowing as we go and doing it one scene at a time.

Don’t forget to tune in for the Manifest Season 3 Episode 1 on NBC on Thursday, April 1.

Lizzy Buczak is a staff writer for TV Fanatic. Follow her on Twitter and read her personal blog at CraveYouTV.