With the highly-anticipated Manifest Season 3 premiere just days away, TV Fanatic caught up with J.R. Ramirez, who plays Jared Vasquez.

We’ve waited almost a year for new episodes of TV’s biggest mystery, so when we got J.R. on the phone, we didn’t hesitate to ask him all the pressing questions.

Well, the ones he could answer, at least! We know you’ve been dying to know answers, including how involved Jared is with the Callings, his relationship with Mic, and if he’ll have a new love interest.

When the series picks up three months after the Manifest Season 2 finale, Jared’s been “busy,” according to J.R.

“As you saw at the end of last year, he got a promotion. So he starts the season in full-on cop mode.

You know, last year we ended with a major death, which was The Major, so you’ll see him right away in full investigation mode trying to figure out what happened and who caused it and all that good stuff,” he explained.

At the end of the last season, Jared couldn’t bear to watch Mic get married to another man, but what does that mean for their friendship moving forward?

Can two people who once loved each other remain “friends?”

“It kind of shows the resilience and compassion that he has for her and the family as he stood by and, at the end of the day, watched the love of his life marry another man and have a deeper connection with, which he just, unfortunately, could not have with her,” he added.

“It just really shows his humanity, who he is, and how much she actually truly loves her,” he noted.

J.R. explained that Jared is still very much involved in Mic’s life, and “he’s going to have her back and want to protect her.”

However, he also noted that audiences would see “Jared go through quite a really beautiful arc this year when it comes to the whole Michaela relationship with Zeke and him and the whole triangle stuff.”

He continued: “We’ll get to a nice climax towards the end of it that I think everyone’s going to be really excited to see.”

When asked whether he’s #TeamZeke or #TeamJared, J.R. kept it professional and neutral by confessing that he’s simply “Team Manifest.”

In fact, there may even be a new love interest in Jared’s future. 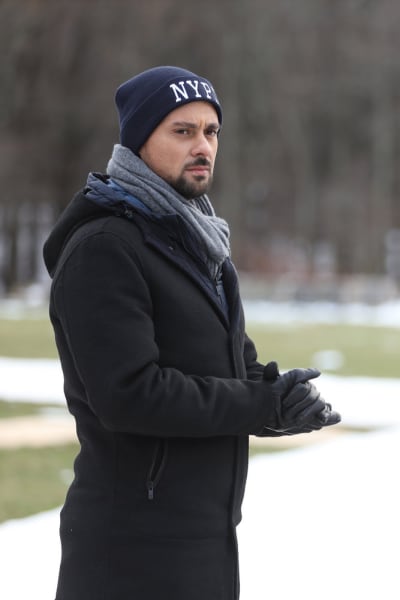 “There may be a new love interest that comes in, but like I like to say, don’t get your hopes up because we all know Jared’s track record when it comes to women.

For some reason or another, he can’t keep them happy for very long, so let’s not get too excited. But yeah, maybe there’s a new love interest in his life,” he said with a laugh.

With the possible Flight 828 tail fin at the forefront of the storyline this season, J.R. teased that the Callings “massively increase.”

“We have Ben on the prowl causing a ruckus all over town. And like I said, both of them [Ben and Mic] getting all these Callings is going to lead to a lot of trouble, so someone’s gotta step in and, of course, it’s Jared.”

He noted that fans could expect “a lot of Callings, some new passengers, and some crazy stuff.”

J.R. added, “the stakes are really high this year, so anytime they have Callings and are out on the streets, you know, I’m definitely out there investigating and trying to make sure that they’re doing everything safely and no one gets hurt.”

J.R. mentioned that he’s always involved in the storyline in some capacity: “He’s always going to be busy at the end of the day. He’s got the Stone family that is always up to no good, so they find a way to keep him busy.”

When asked whether he knows what actually happened to Flight 828, J.R. revealed that he “didn’t ask a lot of questions” this season and prefers to go with the flow.

He explained that he’s always “shocked” when he reads the scripts.

The current season was delayed due to the COVID-19 pandemic and has adopted plenty of precautions for filming, including having the cast test four times a week, but J.R. notes that the production and staff have done a “beautiful job” keeping everyone on-set safe.

During these unprecedented circumstances, he says he’s just “blessed” to be filming again.

And we couldn’t agree more.

Don’t forget to tune in on Thursday, April 1, on NBC at 8/7c for the premiere of Manifest Season 3!

Lizzy Buczak is a staff writer for TV Fanatic. Follow her on Twitter and read her personal blog at CraveYouTV.