Clarice was the right person in the right place at the right time, although it took some time for others to realize that.

Despite that, it was a bumpy ride when the fledgling profiler made her return to Appalachia on Clarice Season 1 Episode 2.

While speaking her truth on Clarice Season 1 Episode 1 was the right thing to do, it wasn’t the political thing to do, and she ruffled all the wrong feathers in doing so. 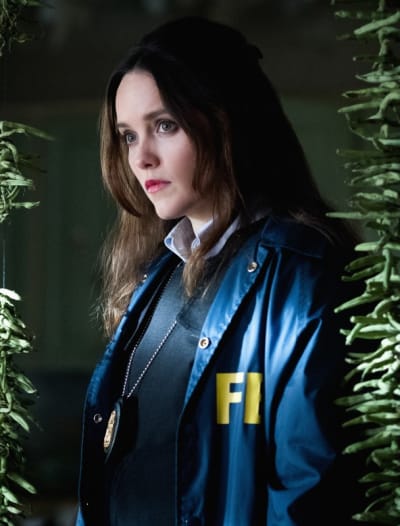 Fortunately, Ardelia, who appears to be the only person who can bring out Clarice’s playful side, was there to be Clarice’s sounding board since Clarice continued to crash at Ardelia’s apartment.

That makes sense because why take on a lease when you’re about to be transferred for insubordination? 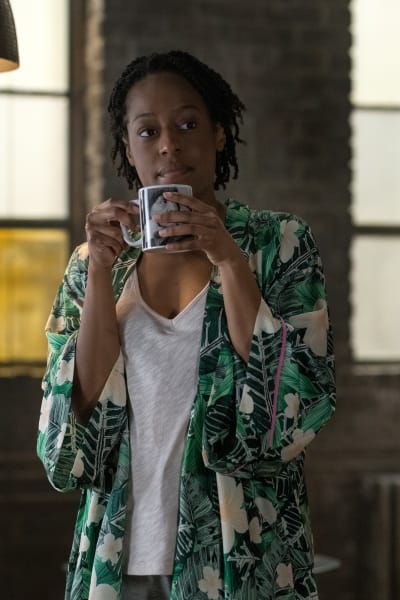 It remains extra questionable whether Clarice should ever have been hauled out of the BSU labs. Or, to put it another way, if she should be around people.

Clarice is tightly wrapped, and when she blows, she blows, with little regard to who gets hit by the shrapnel.

To put it another way, as her boss Krendler and A.G. Martin have learned to their regret, she has no governor between her brain and her mouth. The talented often don’t.

Maybe that will spare her from those dog-and-pony shows in the future.

Clarice seemed contrite in the aftermath of her press statement outing the hitman for the pharmaceutical company. But she wasn’t willing to paint it as a serial-killer case, even if that surely made the investigation that much harder. 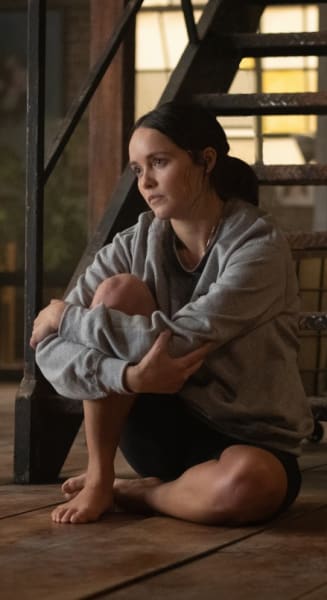 Clarice really needs to consult with Ardelia more since Ardelia appears to be more of a big-picture thinker.

Her next assignment for Clarice and ViCAP took her back home, exactly what her fragile psyche did not need.

The fact that she had pissed off her team, except maybe Esquivel, certainly didn’t help matters.

Krendler hadn’t wanted to be saddled with the department’s serial-killer poster girl, to begin with, and the fact that she had defied his orders was the clincher.

This trip to Tennessee would be her last case with ViCAP as he was planning to request that she be transferred.

Only everyone involved discovered that Clarice is unique. Unlike many in a position of authority, she can connect with people, whether that’s the young boy Peter or militia leader Novak.

Novak thought he knew how to get inside people’s heads, but Clarice outmatched him.

She also tried to bond with her teammates, hoping to win them over.

Krendler teamed her with Clarke, the unit’s dinosaur and the least touchy-feely of the bunch. She scored no points with him bringing up how a profiler might have been useful during the disastrous Waco standoff.

But she did manage to get him to see that she wasn’t the only agent to be affected by traumatic experiences on the job.

Then Esquivel reached out to her, telling her to trust her team.

Clarice also got law enforcement the necessary in by making contact with Peter and telling him her name.

Novak was too much of a narcissist not to attempt to watch wits with the famous Clarice Starling.

She fed his ego by prettying herself up before their meeting and by leaving behind her guns.

Used to having his way with his “rehab clients,” Novak thought that he would be able to manipulate Clarice.

That was because Clarice was on edge psychologically to a degree.

Returning to Appalachia brought back bad memories. She recalled the day her father, the sheriff, was shot and killed. Also, Peter reminded her of her troubled younger brother.

But rather than wallowing in such memories, Clarice has learned to get past them by burying herself in her work.

For Clarice, doing her work means following her gut rather than orders, especially from male authority figures.

When Novak gave up one of his reliable subjects as the ATF agent’s shooter and demanded a confab with the local sheriff, Clarice ignored the sheriff’s direction to go back to her team.

She broke the case wide open by discovering the prostitution ring that Novak and the sheriff were running to blackmail local officials.

If she hadn’t found that angle, Martin and ViCAP would have left the compound largely emptyhanded, with just a fake shooter to show for their efforts.

Instead, Clarice set out to entrap Novak into incriminating the sheriff on tape, telling the story of her father and the soda jerk and emasculating Novak to the point where he spilled the details on the whole operation.

Trusting her team, she knew that Esquivel had her back and dropped at just the right time so that the sniper could kill Novak.

Her actions made Krendler see that she deserved a place on his team.

Also helpful is that Clarice can do no wrong in Martin’s eyes, as the agent had saved her daughter from Buffalo Bill.

Having Martin as something of a mentor could be beneficial for Clarice since the Attorney General is a political animal and could help Clarice be less myopic and see the bigger picture.

Should Clarice be back in the field?

How can Clarice fit in?

How soon did you decide the sheriff was dirty?