The 4400 Reboot Ordered to Series at The CW

The 4400 is officially making a comeback.

The CW on Tuesday announced a straight-to-series order for its remake of USA Network’s sci-fi drama.

The news comes a little over two years since the project was first announced, but the series has been in development since. 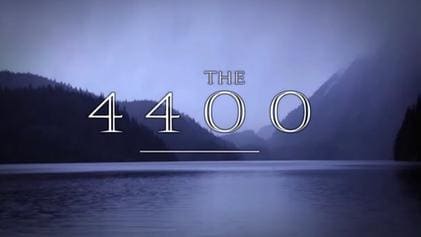 As expected, the network was holding off on a formal pickup until it got the project right, and the new take comes from Ariana Jackson (Riverdale, UnREAL).

The reboot follows 4,400 overlooked, undervalued, or otherwise marginalized people who vanished without a trace over the last hundred years and are all returned in an instant, having not aged a day and with no memory of what happened to them.

“As the government races to analyze the potential threat and contain the story, the 4400 themselves must grapple with the fact that they’ve been returned with a few… upgrades,” the project’s description reads.

“And the increasing likelihood that they were all brought back now for a specific reason.”

The original series, created by Scott Peters and René Echevarria, launched in 2004 and lasted four seasons before being canceled.

First up is the live-action Powerpuff Girls reboot from Diablo Cody and Greg Berlanti.

“The Powerpuff Girls used to be America’s pint-sized superheroes,” reads the logline.

“Now they’re disillusioned twentysomethings who resent having lost their childhood to crime fighting. Will they agree to reunite now that the world needs them more than ever?”

The Powerpuff Girls was a popular animated series about three young sisters — Blossom, Bubbles and Buttercup — who used their chemically engineered powers to protect the City of Townsville from an eclectic stable of supervillains.

Created by Craig McCracken, it originally aired on Cartoon Network from 1998 to 2005.

“Naomi follows a teen girl’s journey from her small northwestern town to the heights of the multiverse,” reads the logline.

“When a supernatural event shakes her hometown to the core, Naomi sets out to uncover its origins, and what she discovers will challenge everything we believe about our heroes.”

Naomi hails from Ava DuVernay (Queen Sugar, When They See Us) and Jill Blakenship (Arrow), both of whom will write and executive-produce.

The third project landing a pilot order is an as-yet-untitled dramedy about two millennial nuns: one who’s devout and a true believer, and the other who hasn’t yet taken her final vows.

They “start as strangers and become sisters on a funny, spirtual journey to understand their own faith and place in the Catholic Church,” per the logline. The project comes from Claire Rothrock and Ryann Weir.

There’s still no word on The Lost Boys, which has been in development for several years, and has gone through various different iterations.

The CW recently announced it had renewed 12 shows.

“Though we’re just a few weeks into the new season, we wanted to get a strategic head start on next season with these early renewals, which allows our production teams to start laying out story arcs and hiring staff, and at the same time, continues to provide us with a strong, stable schedule to build on for next season,” said CW Chairman and CEO Mark Pedowitz in a statement.

“As The CW’s 2020-2021 season kicks into high gear, we are thrilled creatively with the direction of our first new shows out of the gate, Walker and Superman & Lois, that we wanted to order the additional episodes to complete their first seasons, and we are particularly pleased with the huge success of the launch of Walker, which debuted as our most watched series premiere in 5 years.”

What are your thoughts on The 4400 definitely returning, and the other shows getting pilot orders?