Days of Our Lives Round Table: Laura’s Extraordinary Confession!

Lani figured out who abducted her twins, Laura confessed all about her role in Gwen’s life, Jake tried to cut ties with Gabi, as Susan Banks returned with visions of Ciara.

Our TV Fanatics Jack and Christine are joined by Silvananoir1 from MyHourglass, a Days of Our Lives fan forum, to debate the reactions to Laura and if this changes how they feel about Gwen, Susan’s return, and the best and worst recasts in Salem history.

Ivan kidnapped the twins for Vivian to raise. How do you rate this twist, and what do you think of Linda Dano as Vivian?

Silvananoir1: I think we all saw this coming. Very few people would hate Elani enough to do something like this. I wasn’t surprised by Vivian, she’s so incredibly petty. I was surprised that Ivan took it upon himself to do it without Madame’s prompting.

As for Linda Dano, I don’t know her work, but I’m willing to go along with this for now. My only real issue is that so far, she lacks the fire of Louise Sorel.

Jack: It was a great twist, but ever since it was revealed it’s been silly. I know Vivian and Ivan are often used for comic relief, but those fantasies were ridiculous, and I don’t buy this softer concerned-for-the-real-parents Vivian. That’s the writing, not the actress.

While Louise Sorel will always be Vivian to me, I think Linda Dano is doing a great job filling her shoes.

Christine: I expected Vivian to be behind this, but not Ivan to do it without orders, so that was an unexpected twist. But as Jack said above, the fantasies have been silly.

But I’ll cut Ivan some slack because I’d never expect Vivian to be a very hands-on mother. Even if she were younger, there would still be nannies and boarding schools.

Although I love Louise Sorel in the role of Vivian, Linda Dano has done surprisingly well. I do believe this is Vivian, and that doesn’t always happen with recasts, at least not right away.

Susan Banks is back in Salem! What are your thoughts on her return and her “visions” of Ciara?

Silvananoir1: I’ve never liked Susan, so I don’t really care for her reappearance. It doesn’t matter who the actress is.

The visions are silly, the story is silly. And I’m hoping for them to wrap this up as quickly as possible.

Jack: Oy, don’t get me started. I like Susan in small doses… but this was so over-the-top and silly, and I was surprised neither Ben nor Claire thought Susan was just a nut case.

Cops do use psychics sometimes, so from that perspective, I guess this made sense. But it was pretty campy. And I think it’s pretty obvious what’s coming next: another Kristen/Susan switcheroo. I can do without that altogether.

Christine: I’m not Susan’s biggest fan, but she can be entertaining in small doses. I didn’t love her here, but that may have more to do with how ridiculous I find Ciara’s storyline rather than my feelings for Susan. 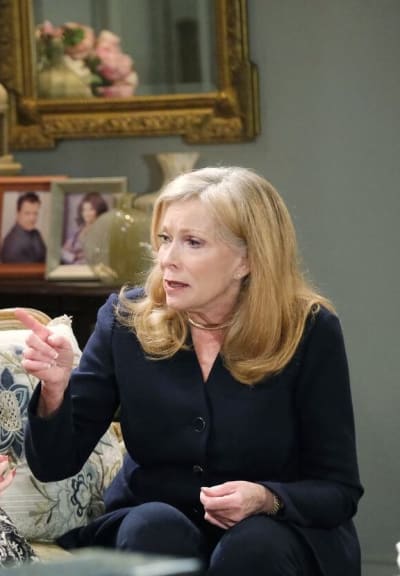 Gwen is Jack’s child, but Laura hid her from him? Were you more surprised by Jack’s tirade at the revelation or Jennifer and Abigail’s near lack of reaction or anger?

Silvananoir1: I think Jen and Abby were shocked. Jen is completely drained by the recent roller coaster, and Abby is trying to accept that her now half-sister tried to ruin her life. Jack, I get being angry.

Although, I really hate this story. I don’t care about Gwen, she’s just not my type of bad girl.

Jack: Laura is always doing something stupid that messes things up for Jennifer, and I find it impossible to believe she is a renowned psychiatrist. To me, that’s the most surprising part of any of this, and I especially loved Jack pointing out that she should have known what her choices would do to a child.

Jennifer didn’t lack reaction one bit. She was holding back anger so she wouldn’t go off on Laura and more or less let Jack do all the exploding, which I think is pretty typical Jennifer.

It was a little odd that Abigail was so sympathetic, but then again, when Laura was sane, and Abby wasn’t, Laura was in charge of her mental health treatment, so that’s probably why. 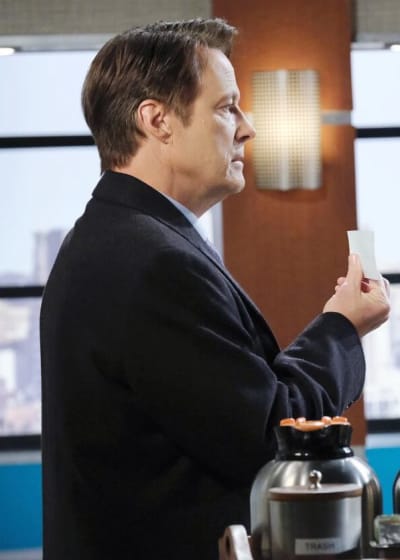 Christine: Remember when Laura allowed Jennifer to think Abigail was dead for months? Jennifer has had to swallow a lot of rage where her mother is concerned in order to maintain their relationship, and I think that’s what we saw here.

As for Abigail’s reaction, Grandma Laura has always protected her, so I think Abby is more willing to see it from that point of view.

But Laura deserved every word of Jack’s tirade and then some. How dare she take away any chance he had of knowing his own daughter!

And then not to care what happened to that child, even once her mother died, is unconscionable. If I were Jack or Gwen, I don’t think I could ever forgive her for being so heartless. 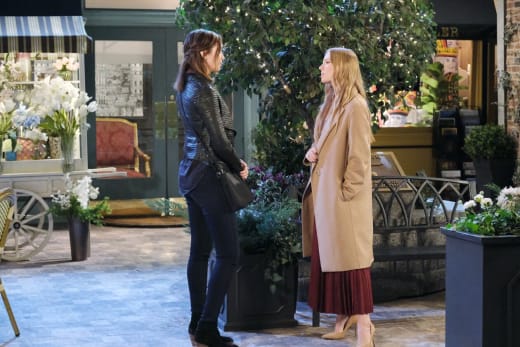 Knowing what we now know about Gwen’s history, are you more interested in the character, less, or nothing has changed?

Silvananoir1: Nope. Going back to my previous answer. Gwen is not my type of soap opera bad girl. I didn’t care before the reveal, and latching her to the Deveraux’s isn’t going to magically make me care now.

Jack: The only thing that’s changed is that I’m super annoyed with Laura. There was no good reason for her to do what she did.

As for Gwen, she STILL doesn’t get that trying to destroy someone’s life won’t endear her to him and is blaming Jack for rejecting her now when she did that to herself. Ugh. Go sulk somewhere other than on our screens.

Christine: I’ve actually grown to like Gwen. Her rage and bad behavior aren’t random; they come from a very real place of abandonment that stems from early childhood and was caused by Laura and further fueled by the narrative she was fed from her mother.

I’m actually curious to see how she and Jack interact from here on out, as Jack has done terrible things himself and has always been the black sheep as well. It could be even more interesting if JJ came back to Salem to meet his half-sister.

Your turn, TV Fanatics! What do you think of Gwen now that you know her backstory? 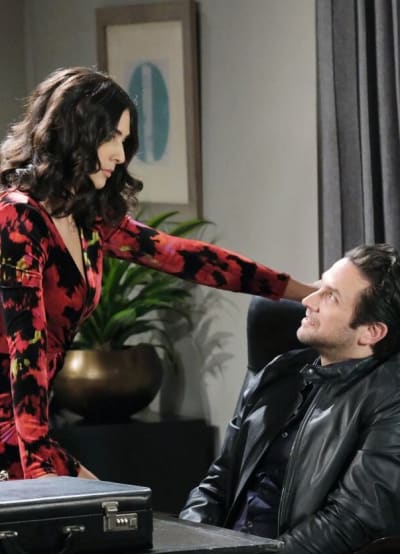 Jake chose not to work with Gabi but to give her Gabi Chic back. Was that the right decision? Do you hope any romance between these two is over?

Silvananoir1: I think it was. Giving Gabi back her company helps solidify his relationship and commitment to Kate. As long as Dimera owned that company, he’d be around Gabi and tempted.

Jake did the smart thing by understanding that and fully letting Gabi go to focus on Kate. Will it last? No. He’s drawn to Gabi, and that won’t change.

So if giving Gabi her company back gets her to go away, I’m all for it. And I definitely don’t need to see any more interactions between her and Jake, romantic or otherwise.

Christine: It was a smart move on Jake’s part. Why is Gabi back in Salem other than to stalk Jake? They were a couple for all of a minute before she left. Now all she does is snipe at Kate and try to come on to Jake.

If Jake is the only reason she’s here, she needs to head back to Arizona soon. 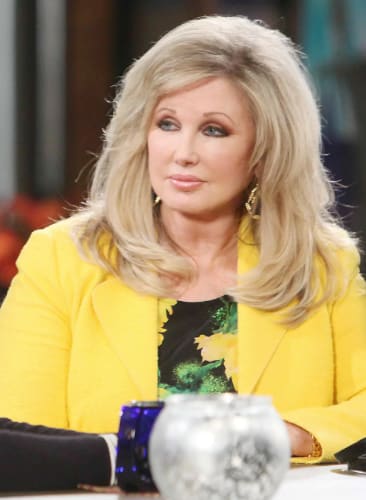 Days has recast many characters over the years. What have been your most and least favorites?

Silvananoir1: This is going back. But the first Belle recast Charity Rahmer. She was the worst actress I’ve ever seen. She was also the fastest recast I’d ever seen since it didn’t take them long to recast her with Martha. Just the worst.

Jack: Well, since Matthew Ashford was the third one to play Jack, and I was not impressed with his predecessors even as an eight-year-old, he gets my vote for best recast.

I also enjoyed it when Stephanie Cameron (I think that was her name) temporarily took over as Jennifer and looked and sounded exactly like Melissa Reeves.

More recently, I’ve enjoyed Greg Vaughan as Eric, and I think Stacey Haiduk does a great job as Kristen/Susan.

And, of course, I enjoy Eric Martsolf a lot as Brady. And Robert Scott Wilson is so good as Ben that I’ve completely forgotten the guy who originally played the role. 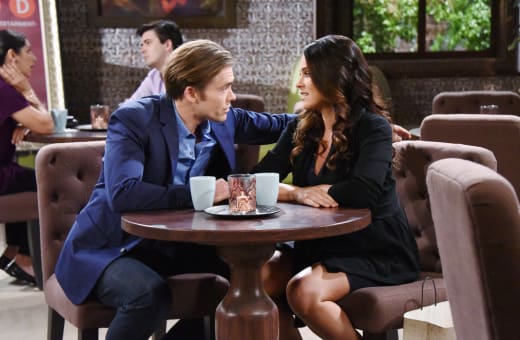 I know this is controversial, but I preferred John Paul Lavoisier to Jay Kenneth Johnston as Philip and Guy Wilson over Chandler Massey as Will.

Worst recasts… most of the recasts I didn’t like were just forgettable. But I definitely did NOT like Robyn Strasser as Vivian!

And Morgan Fairchild, as great as she was, wasn’t right as Angelica.

And not that I dislike Victoria Konefal, but Lauren Boles will always have a special place in my heart as Ciara, and I will forever wish they hadn’t aged the character.

Christine: Oh, I loved Lauren Boles as a young Ciara. I wish the writers would remember her when they write for Ciara now.

I usually dread recasts, but Matthew Ashford as Jack is definitely one of the best recasts the show has ever seen.

Morgan Fairchild is one of the all-time worst recasts as Angelica, but that has as much to do with the writing of her story as the actress. Almost as bad was Robyn Strasser as Vivian.

I found John-Paul Lavoisier’s Philip kind of sleazy and Guy Wilson’s version of Will wooden and dull. 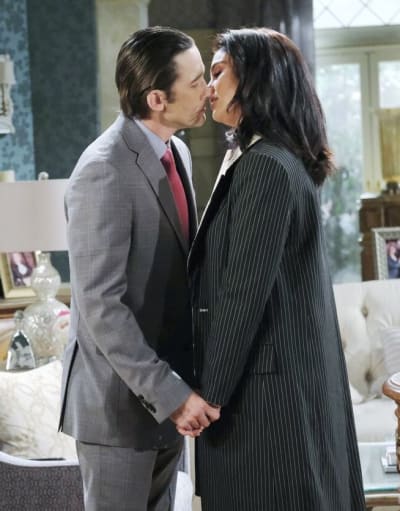 What was your favorite quote, scene, or storyline from Days of Our Lives New Year’s week?

Silvananoir1: I loved Chloe. I’m pretty shameless about this fact. But I really enjoyed her scenes with Brady, and I loved her scenes with Philip. The kiss delighted me, and I really really hope that this is a positive step forward.

Jack: As I mentioned earlier, I loved Jack’s rant against Laura.

Christine: Oh, Jack going off on Laura was definitely a highlight. I also liked Jack and Gwen’s fight at the hospital because the anger was so real on both sides.

It was also good to see Lani have possession of the Salem brain and figure out that it was Ivan and Vivian behind the kidnapping so quickly. When Eli was insisting that Vivian was dead, I wanted to smack him. How long has he lived in Salem? 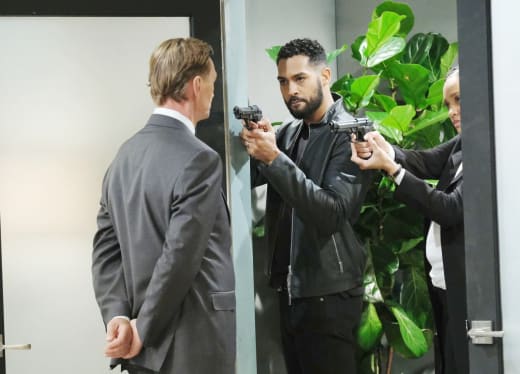 What do you think, TV Fanatics? Do you agree or disagree with our round table team? Hit that big, blue, SHOW COMMENTS button down below and let us know. Then check out Jack Ori’s Days of Our Lives review here at TV Fanatic.