Conan O’Brien is making a big change in his career.

After 28 years as a late night television host including a ten-year, critically-acclaimed run on TBS, Conan O’Brien is leaving the world of late-night TV behind.

But the star is extending his relationship with WarnerMedia with a brand new, weekly variety series on HBO Max. 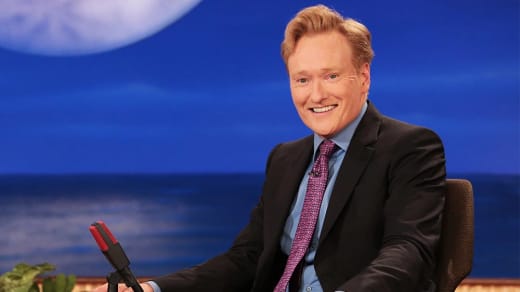 As thing stand, O’Brien will conclude TBS’ award-winning nightly talk show Conan at the end of its tenth season in June 2021.

However, his travel specials, Conan Without Borders, will continue to air.

“In 1993 Johnny Carson gave me the best advice of my career: ‘As soon as possible, get to a streaming platform.’ I’m thrilled that I get to continue doing whatever the hell it is I do on HBO Max, and I look forward to a free subscription,” says O’Brien in a statement.

“We’re incredibly proud of the groundbreaking work that Conan and his team have accomplished during the 10 years at TBS and are so glad that we will continue to have his presence on our air with the ‘Conan Without Borders’ specials. We celebrate his success and are glad to see it grow across our WarnerMedia family.”

“Conan’s unique brand of energetic, relatable, and at times, absurdist, comedy has charmed late-night audiences for nearly three decades. We can’t wait to see what he and the rest of Team Coco will dream up for this brand new, variety format each week,” said Casey Bloys, Chief Content Officer, HBO and HBO Max.

The show is produced by Conaco LLC, with Jeff Ross serving as Executive Producer. Built on the spirit of Conan O’Brien’s brand of smart and silly comedy, Emmy(R) winning Team Coco is a fan-centric multi-platform media company that reaches over 55 million fans per month.

Team Coco is driven by O’Brien and a carefully curated network of other top comics, creating an experience that spans across digital and branded content, podcasts, mobile gaming, pay TV, merchandise and live events.

What are your thoughts on the news?

The Best Supernatural Shows to Watch on ...