Let’s face it, Darlene Conner doesn’t have a lot of friends or any that we’ve seen on screen outside of her family.

But The Conners Season 3 Episode 2 dove into why Darlene isolates herself from people, and it had nothing to do with Covid-19.

Darlene feels like a failure, and it’s coloring her view of everything, including her coworkers. 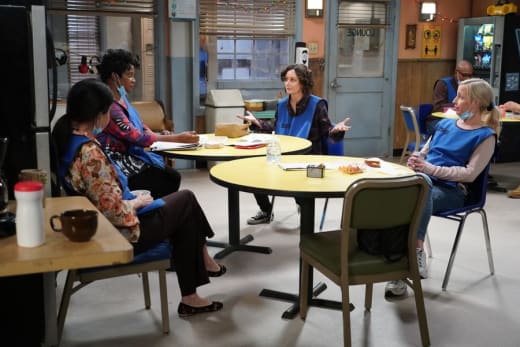 You can’t blame her fellow employees for thinking Darlene was an elitist snob, or as she was called to her face, “a prissy, little bitch.”

Ben: How painful is it to just be friendly?
Darlene: Boy, you don’t know me at all.

Darlene is simply more comfortable being a loner and actively trying to make friends isn’t something that comes naturally to her.

And even though I may grasp that aspect of Darlene’s personality, eating lunch in a bathroom stall is taking things to an extreme, and a gross one at that.

Darlene felt as though she had nothing in common with the other people working the line at the factory, and maybe she’s right, but she’ll never know for sure if she doesn’t even bother to talk to them. 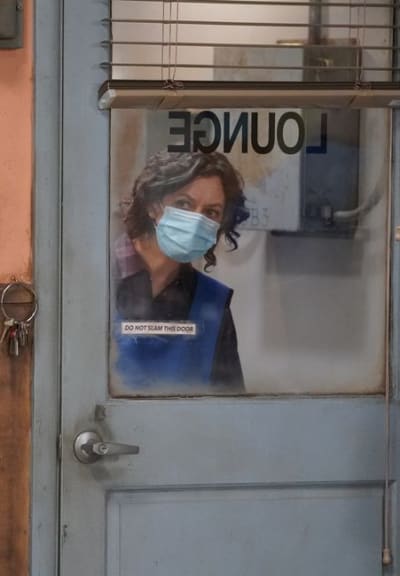 Once she finally broke the ice, which was considerably thick and frosty, she learned that some of the workers had known her mother and even remembered when Darlene was born. Those are things Darlene would have never discovered if she hadn’t tried to open up.

It took realizing that she could actually buy Mark the computer he needed for school for Darlene to comprehend that there was an upside to this job and that it was worth something.

Being able to provide for her family was something Darlene could be proud of, instead of feeling the constant crush of disappointment.

What was annoying was that Darlene seemed to think that she was the only person at Wellman Plastics who was settling. As much as everyone is thrilled to have a steady paycheck during difficult times, I doubt anyone’s dream job is working the line at a factory.

As challenging as it may be, Darlene needs to recognize that she’s part of a community at Wellman and that there is value in shared experience, even if the experience isn’t ideal. 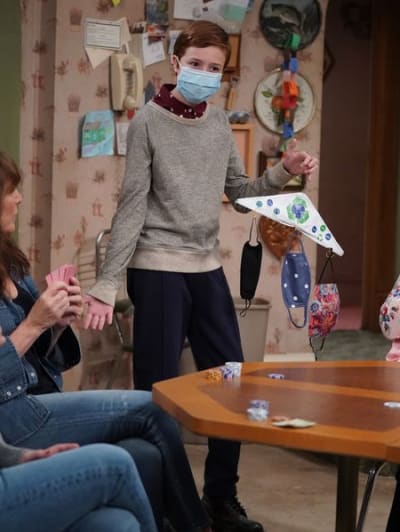 And Darlene doesn’t have to give up her writing. Many people have to work multiple jobs while still pursuing their dream. Darlene may feel like a failure, but she only truly fails if she quits on herself.

While Darlene was struggling to find her footing at work, Harris was grappling with wanting to be treated like an adult and then dealing with the consequences.

Well, you’re 18. You’re old enough to make your own choices that will cripple you for the rest of your life.

I couldn’t quite tell if Harris was happy that Louise didn’t chastise her for dating a married man or if she was secretly hoping that someone would convince her to avoid the train wreck that’s ahead.

At least Louise pointed out that Harris’ new boyfriend will not be leaving his wife no matter what he tells her. That’s probably not enough to get Harris to break up with him right now, but perhaps the seeds of that truth will take root and sprout in the near future. 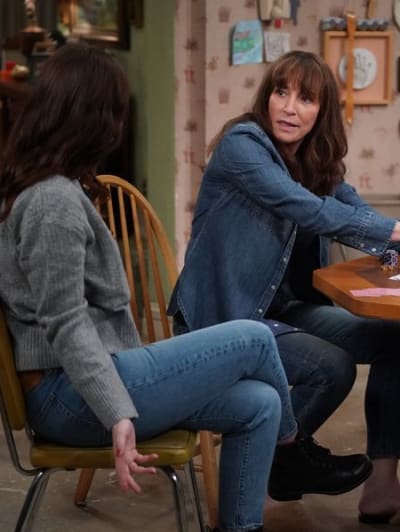 What was comical was that Harris expected to be given her money back after losing to Louise at poker.

Louise: You want to be treated like a grown-up, you’ve got to be willing to take it in the shorts like a grown-up.
Harris: Are you kidding? I worked hard for that money.
Louise: We all work hard for the money, Donna Summer. Next time you’ll be more careful.
Harris: So what, you’re teaching me a lesson? I don’t need that from you. You’re not even family.

Harris needed to learn the first rule of gambling: don’t bet what you can’t afford to lose. If Louise taught her that with a mere $20, then it was a cheap lesson that will last a lifetime.

Harris’ dig about Louise not being family made me laugh because Louise, in dating Dan, is in theory, taking Roseanne’s place.

Roseanne wasn’t one for coddling anyone. She would have taken Harris to the cleaners and then chewed her out for being a baby about it. Roseanne could have been much harsher on Harris that Louise was, but I’m not sure Harris knew her grandmother well enough to realize that. 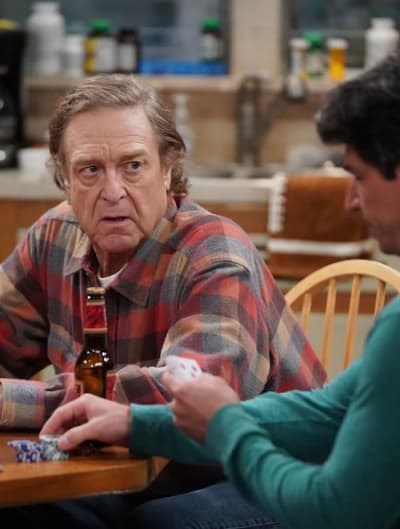 The one upside of Harris’ mini-tantrum and how determined Louise was to heal their rift was that it proved to Dan that Louise was taking their relationship just as seriously as he was.

This is your first fight with a teenager. It’s kind of like stepping on a cobra and then trying to give it a hug to say you’re sorry.

It worried Dan that Louise intended to go back to her apartment at some point instead of moving in with him permanently.

DJ: Has anyone who’s lived here ever wanted to stay?
Dan: They all come back but they have to be impoverished with absolutely no options.

Louise has options. She’s an independent person who, at times, needs her own space, and it bodes well that she’s able to communicate that to Dan. But that doesn’t mean she’s not just as invested in this romance as Dan is. 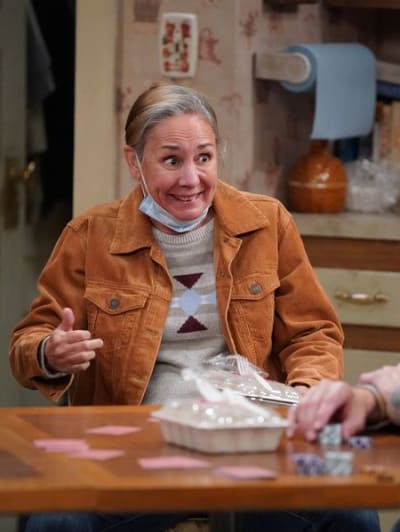 It was heartwarming to see how happy Dan was to hear that Louise viewed their relationship as a lifetime commitment, even if they weren’t viewing their living situation the same way right now.

And as crowded as the Conner house is, can he blame Louise for wanting her own place to escape to from time to time?

Elsewhere, Jackie was doing anything necessary to keep the Lunch Box afloat, and who can blame her. I doubt that the Lunch Box putting Pad Thai on the menu will doom the Thai restaurant, but Jackie is ready to fill the void in Lanford if that restaurant goes under.

So what did you think, TV Fanatics?

Was Darlene acting like a “prissy, little bitch” towards her fellow co-workers, or was she simply sulking in the bathroom?

Would Roseanne have been more understanding with Harris? And should Louise move in with Dan permanently or keep her own place? 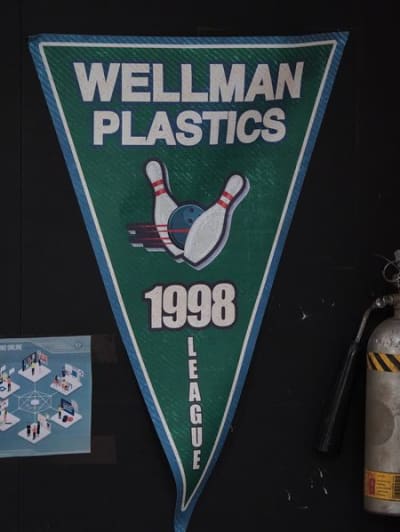 Hit that Big, Blue, SHOW COMMENTS button down below to let us know what you think, and don’t forget that you can watch The Conners online here at TV Fanatic.